A Historical Footnote – visited by ODOmatt on the 3th February 2018

The mighty Scottish highlands, imperious Snowdonia, the magisterial Lake District – Lewes, the quaint East Sussex county town, beats them all as the site of the most deadly avalanche in British history. 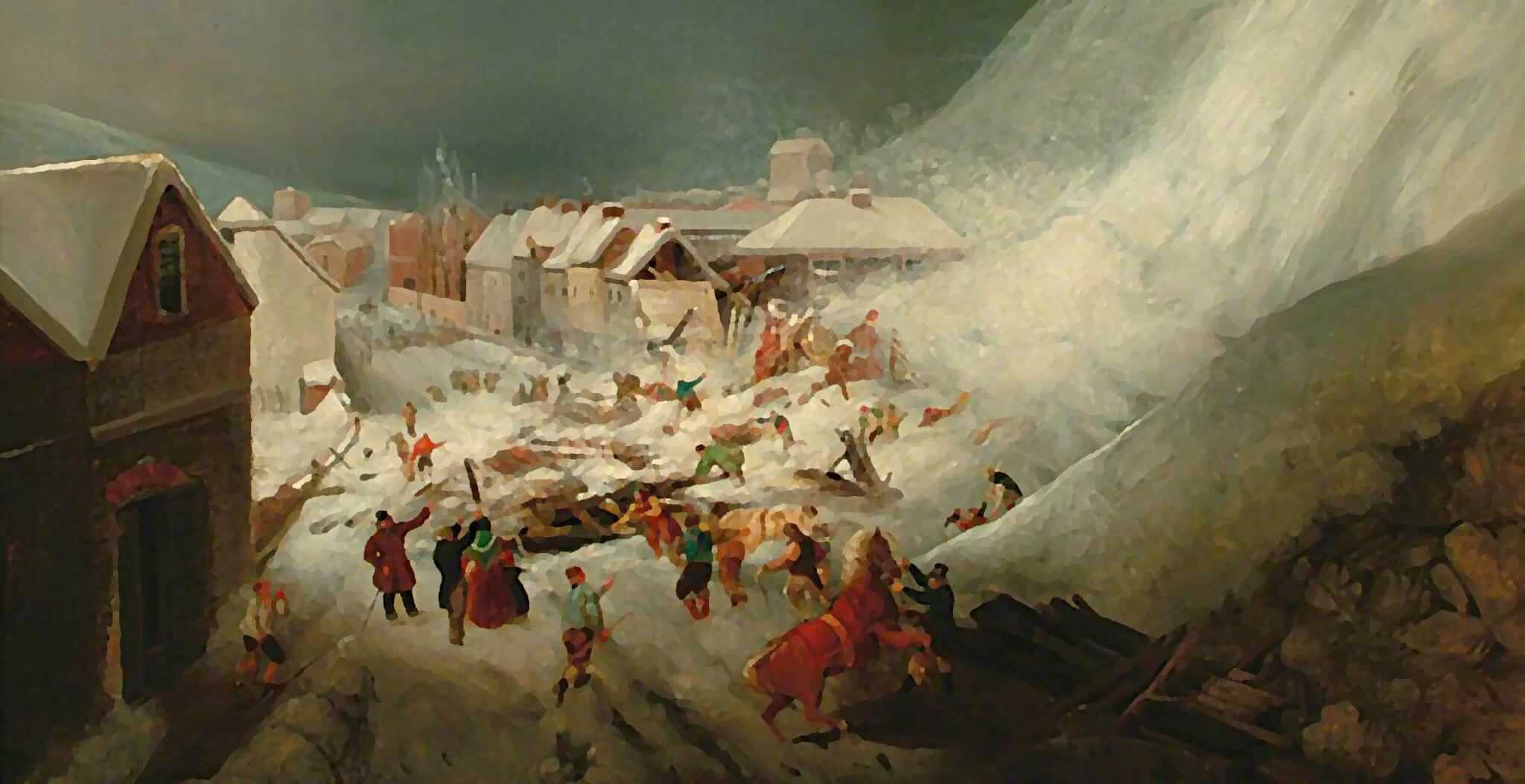 In the winter of 1836 a snowstorm swept across Europe, eventually hitting the south of England in one of the most severe freak weather incidents ever recorded in the British Isles.

On the south east corner of Lewes is a sheer-faced, chalky slope called Cliffe Hill. During the storm of 1836, snow had built up for several days before finally crashing down on the residents below on the 27th December, killing eight people.

The Snowdrop Inn, situated by the site of the disaster, is so named to commemorate the avalanche, and the nearby South Malling parish church has a plaque dedicated to the victims.

Now, having frequented The Snowdrop many times over the years, this was all news to me. After coming to terms with this ridiculously unlikely fact, I decided to dig into the Lewes avalanche. So to speak.

I raided the archives at The Keep and found an amazing story.

The Worst Weather in Living Memory

According to the contemporary Dr C Leeson Prince (of Uckfield), prior to the avalanche the weather was the worst in living memory: it had a “stormy character” with “violent hurricanes”.

For several days the south east of England all but shut down and the only way to communicate with Lewes was by river.

Nestled in the gently sloping South Downs, Lewes is home to an unusual sheer cliff face, known locally as ‘Cliffe’.

During the stormy December of 1836, the snow had been steadily building on Cliffe, and on boxing day the first large fall occurred. It had such force that the timber yard of a certain Mr. Willie was completely destroyed.

Now called South Street, the street below Cliffe Hill was once known as Boulder Row and, as well as the timber yard, there were also several houses.

After losing his yard, Mr. Willie immediately appealed to the labouring men and their families to leave their dwellings and shelter was offered by other town residents. Some left, but many residents of Boulder Row refused to budge.

On the morning of the 27th, a young man named Robert Hyam bravely scaled the cliff to assess the risk of the now 20 ft snow pile.

Alarmed by the clear and present danger, it’s said that on returning below he tried to drag two women from their homes to safety but stopped short to save his own life.

At 10:15 AM the fateful avalanche struck, engulfing seven houses and their fifteen incredulous inhabitants.

Horrified Lewesians spent the day digging in a desperate bid to save the buried, whose faint muffled voices they could hear beneath the snow. Throughout the day the townspeople soldiered on as more perilous snow continued to fall. The “indefatigable Mr Thompson” was at one point buried up to his shoulders as he ran from a snow drop.

Out of the fifteen buried beneath the snow, six were found alive. A young child was discovered unharmed, cradled by its mother, who didn’t survive. Having left Boulder Row earlier that morning, she’d briefly returned home to collect a shawl to warm the baby – right when the avalanche hit.

All the victims were buried together the following Friday, their names enshrined on a plaque at South Malling parish church. The following Tuesday another avalanche occurred, shutting off the road between the river Ouse and Cliffe Hill, but nobody was hurt.

After traipsing across town to find the ancient church and snap a photo of the plaque, it was of course shut, as Odd Day Out fate dictates. There was faint, haunting organ music escaping from within and we walked around the beautiful grounds in the February rain, enjoying the peaceful surrounds, the river at our feet.

The avalanche deaths were not the result of a freak accident. There had been plenty of warning, many had already left and nobody need have perished in the snow fall. The decision not to evacuate their homes was described by an uncomprehending contemporary as a “fatal infatuation.”

In the victims’ defence, it’s understandable that residents of 19th century southern England could never have dreamt they would suffer such an enormous, devastating avalanche, and the largely poor population were not desirous to leave their only form of shelter.

The dress worn by a young lady named Fanny Boakes, who was rescued from the avalanche, is now on display at the Anne of Cleaves House museum in town.

At The Keep I discovered a poem written by the Lewesian Arthur Lee less than a month after the tragedy, which has survived to this day. I’ve done my best to transcribe his beautiful, if sometimes incomprehensible, hand.

The snow storm came on a Christmas night
and piled its flakes on the Cliffs’ broad height,
and there it lay in its fleecy pride,
when the cold sun gleamed on the mountain side.

And the cottages dwelling beneath the hill,
reckles of danger, regardless of ill
buried themselves in domestic cares,
mother and daughter and child were there.

The old man close to the fireside stood
to quicken the flow of his torpid blood,
and the budding infant, with flowers sweet,
gambolled and crowed at the old man’s feet.

At length came a sudden threshing sound
and the avalanche made its fatal bound,
it dealt destruction on all beneath
and whelmed the inmates in darkness and death!

Said aloud was the funeral wail
that was borne abroad on the biting gale,
they gathered the victims no power could save,
and buried them all in one common grave.
The snow is melted, the storm is past
and hushed is the sound of the wintry blast,
lightly and mild will the summer breeze blow,
and the dead be forgotten that slept in the snow.

There’s now a tunnel between South Street and Cliffe Hill and this historical footnote is a largely unbeknownst episode of the town’s past. At the time it caused a sensation and remains to this day the most devastating avalanche ever recorded in Britain.

It’s not totally clear where exactly the main fall occurred but it’s worth a stroll down the lovely, quiet South Street which, at the time, was a bustling hive of industry. According to local historian David Goldsmith, Cliffe hill was not as steep as it is today, but it was closer to Boulder Row than it is now to South Street.

Special thanks to The Keep.