By: ODOmatt
In: East Sussex, Once Existed
With: 0 Comments

Splashing through muddy lanes and traversing crumbling roads, it soon became clear that Fiat 500s were not made for hunting lost villages.

The car largely in one piece, I eventually found my own form of unofficial parking outside the only surviving building in Hamsey: St. Peter’s Church. 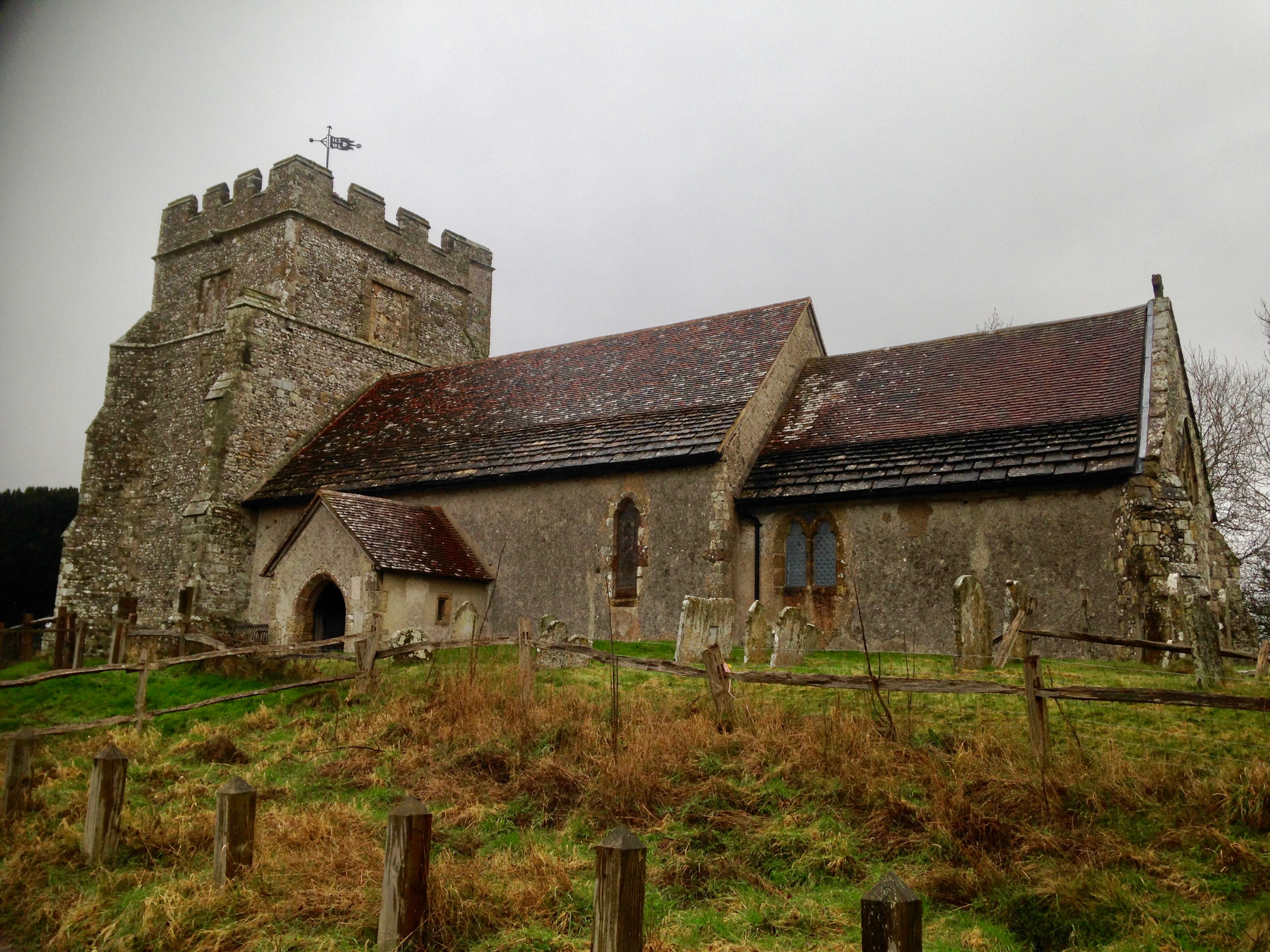 Ever since I was a teenager I’ve spied glimpses of the secluded island church when entering Lewes from the elevated, and colourfully named, Earwig Corner near Malling Down and always wondered how it was possible to get there. Turns out ‘by Fiat’ isn’t the recommended method.

What remains of Hamsey is accessible just north of Lewes via the village of Offham, so named as it’s quite literally ‘off’ Hamsey. The site is on a low hillock at a sharp bend in the river ouse, a promising place for a conurbation. On a clear sunny day – probably not in February – there are commanding views of Lewes and the south downs. I imagine.

Surprisingly little is known of the village’s past. Many sources claim that in 925AD King Aethelstan once held a council in Hamsey, so we can assume it was once an important stop for any passing river traffic.

The Doomesday book provides clear evidence of the church and informs us that Hamsey was under the care of one Ralph de Chesney, supporting a solid 13 hides of land. It’s recorded under the name ‘Hamm’ – the Sey family, later indulgently sticking their name on the end.

A contract survives detailing the building of a manor hall in 1321 but whether completed or not, a grand manor home is certainly no longer standing. Foundations to the east of the church were supposedly visible until the 18th century.

The contract, now residing in the Westminster Abbey archives, reveals that there were two fireplaces planned for the great hall, an usual and surprising fact particularly impressing local historian John E. Vigar.

As with many lost villages it may well be the case that the Black Death decimated the small population and forced the survivors to up sticks. Legend has it the residents of Hamsey shut off contact with the outside world and slowly died of hunger and the plague.

In all likelihood, however, the proximity to the river meant frequent flooding led to relocation to Offham. An alternative theory posits the population outgrew the narrow hill and simply decided to move further inland. The case is still open.

Today there are several inhabited houses nearby but the crowning relic and sole survivor of the abandonment is St Peter’s Church.

Dating back to the 11th century, this haunting church is all that remains of the village once patronised by a king. The church has had many additions and repairs throughout the centuries but the nave and chancel walls date back to the Norman period.

In 1860, neighbouring Offham’s church was also, rather cheekily, consecrated under the name of St Peter. In the 1920s there were plans to demolish St Peter’s in Hamsey which, thankfully, were not followed through.

With the arrival of the railway and the rise of nearby modest population centres such as Cooksbridge the name of Hamsey has survived as that of the Parish area.

Though things are about to get particularly thrilling when we hit the council estates (stay tuned), this is a top class lost village. Yes, it may not be of the superlative variety, but Hamsey has a magnificent ancient church still standing proud.

Unbelievably an ODO has finally managed visit a church when it’s open to visitors. We were lucky but between March and September it’s open on the first Sunday of the month for evensong (6PM) as well as a Christmas candlelit service. 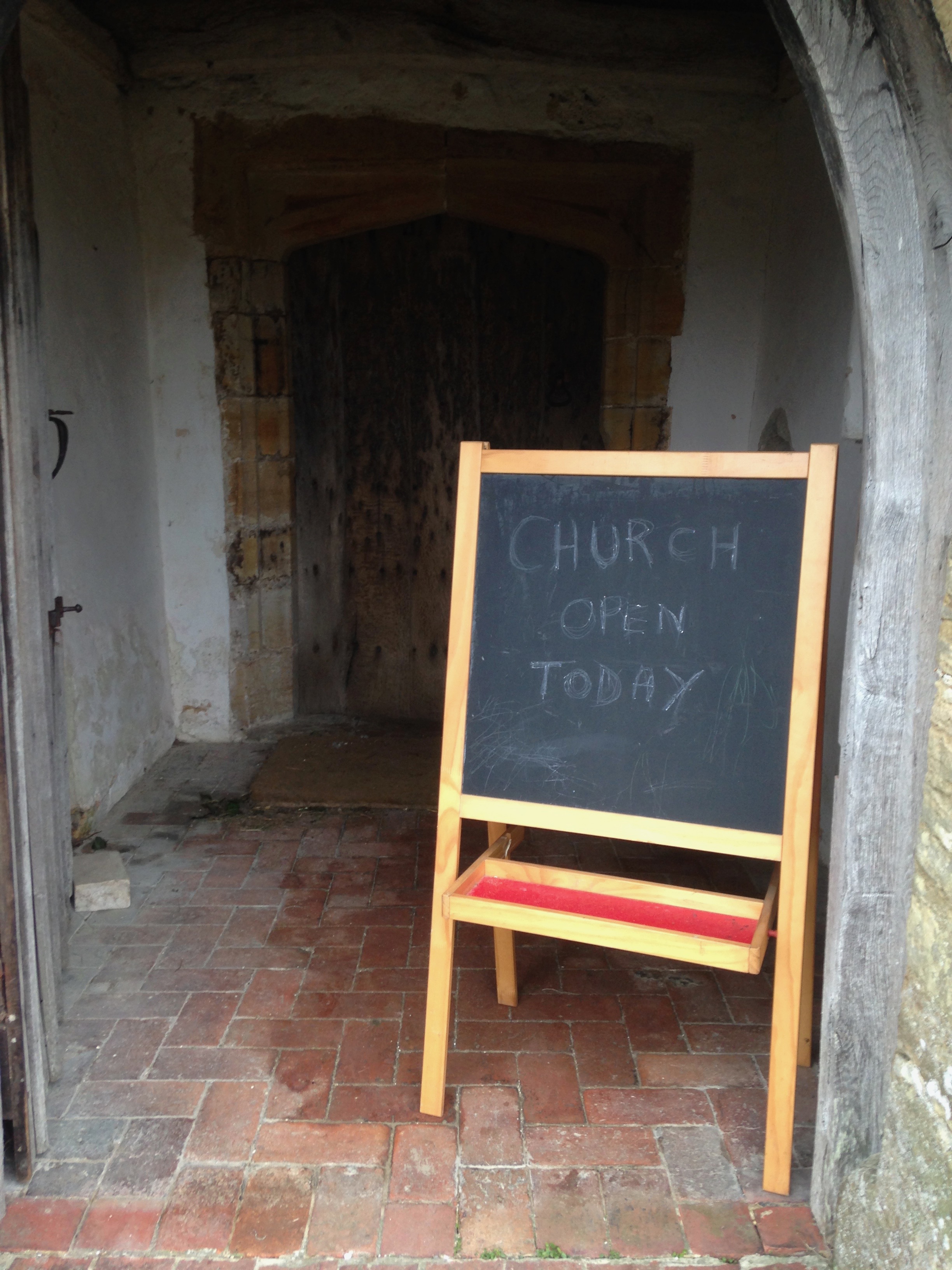 But casual day visitors would be forgiven for believing they’d found a long forgotten relic; the eerie, dusty inside of the church is covered in cobwebs, rickety seating and crumbling brick work.

Warped postcards are for sale (£5 per pack) by the church entrance. I was content to sign a visitor guest book with entries going back to the 1970s, and to drop some change in the donation box which looked like it hadn’t seen the jangle of coinage since the Second Barons’ War.

The surrounding area is the highest idyl of romantic green and pleasant English countryside, perfect for a long walk fantasising of lives once lived in a once existed village.

Hamsey is situated behind Offham on the A275 between Lewes and Chailey. Heading from Lewes, you’ll pass the chalky cliffs and approaching a slalom like bend take a sharp right, just before the Blacksmith’s Arms, towards a church. Continue down the road, pass over the railway crossing and take the first right. Follow the road as it veers left and then right past some houses and continue until the road runs out where you’ll meet St. Peter’s Church.

The county town of Lewes is a 5 minute drive away with shops, pubs, cafes, museums and restaurants. Some further odd day out activity can be found trailing the historical footnote that is the Lewes avalanche.

Closer at hand there’s The Blacksmith’s Arms pub and the Offham Farm Shop and cafe. Elsewhere, there’s the Rainbow Inn at Cooksbridge and The Half Moon at Plumpton. The entire surrounding area is perfect for country walks, an area known as Blackcap towards Plumpton is a particular gem.

2018-02-19
Previous Post: The Lewes Avalanche
Next Post: Sir Thomas Lunsford: on the hunt for the ‘Cannibal Cavalier’