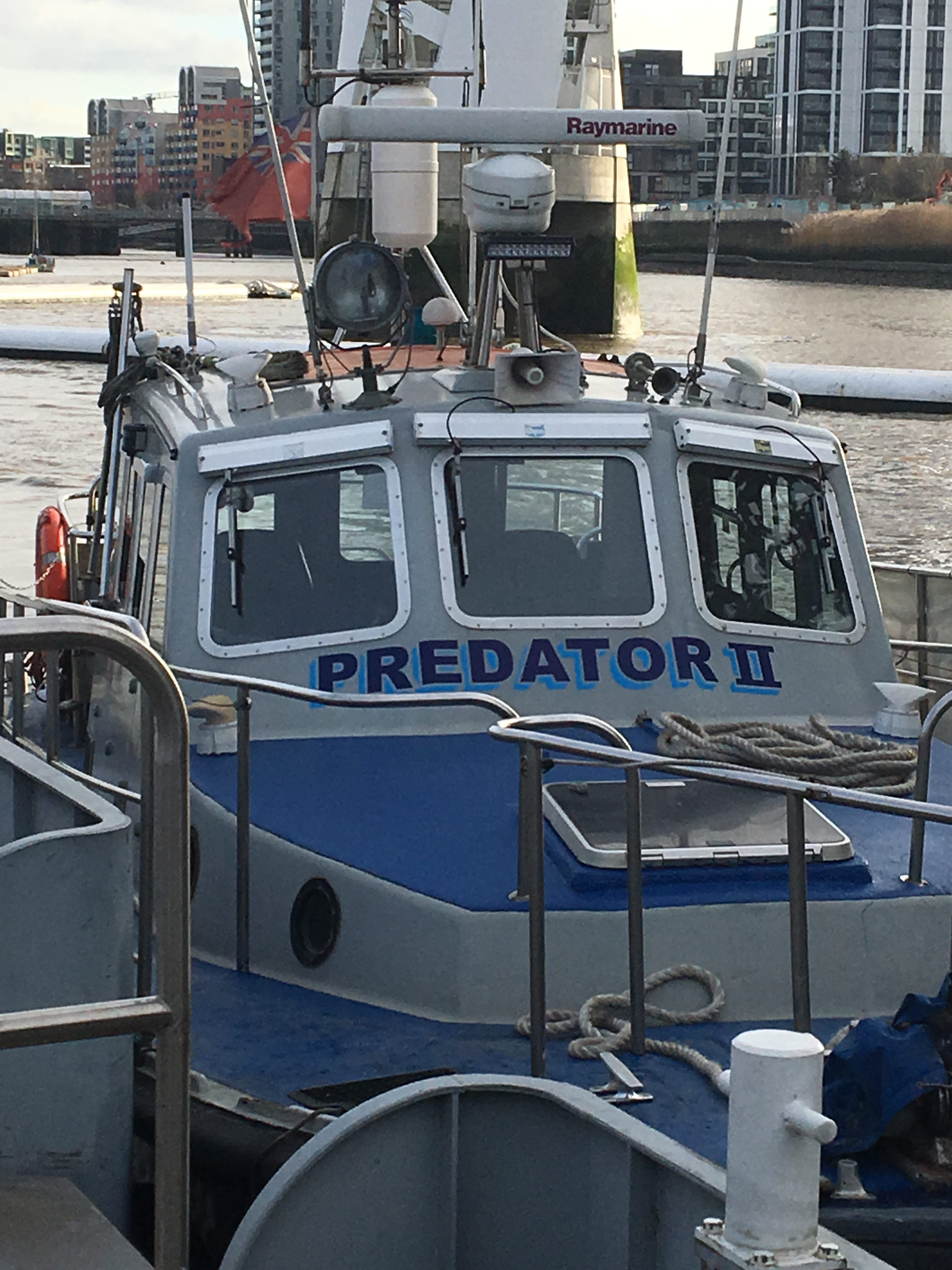 I’ve always been fascinated by those adverts you see attached to lamp posts advertising some presumably illegal rave, normally featuring acts like DJ Skunk or MC Sonic (actually, I made those names up, so apologies to any real Skunks or Sonics out there).

These adverts often never give a venue; just a mobile you can call on the day.  Now, I’ve always been too much of a wimp to ever pursue my fascination further, but it did make my recent trip on London’s least-known – and I would suggest smallest – ferry, something to savour.

The spectacularly-named Predator 2 runs a frequent river service every weekday from North Greenwich Pier to Trinity Buoy Wharf (Click here to read ODObill’s guide to the Wharf) on the opposite bank of the Thames.   There is no timetable and only a small notice pinned up at the Pier giving a mobile number to call to find about the time of the next trip.  The number goes straight through to the pilot who normally lets you know that he will be there in under 10 minutes.  To save you from having to scan the pier looking for the notice, the number you need to summon the ferry is:  07947 637925.

Predator 2 is a former police launch, whose main purpose nowadays is to transport Thames Clipper crews to their HQ at the Wharf.  But it does take members of the public for a very-reasonable £2 each way.

I am told that, unlike the movies (who on earth came up with the idea to replace Arnie?) Predator 2 is an improvement on the original boat used on the route, but both are minuscule compared to the Thames Clippers.

The boat has an open air back deck which could fit three people at a pinch and a small interior where another four could sit.  But its only a five minute journey and the views of the river from the back deck are spectacular.

You can catch Predator at either the Trinity Buoy pier or the North Greenwich Pier at the 02.  It operates Monday to Friday from 5:00am to 7:00pm.