By: ODOelliot
In: Hertfordshire, Historical Footnotes, London, Trails
With: 0 Comments 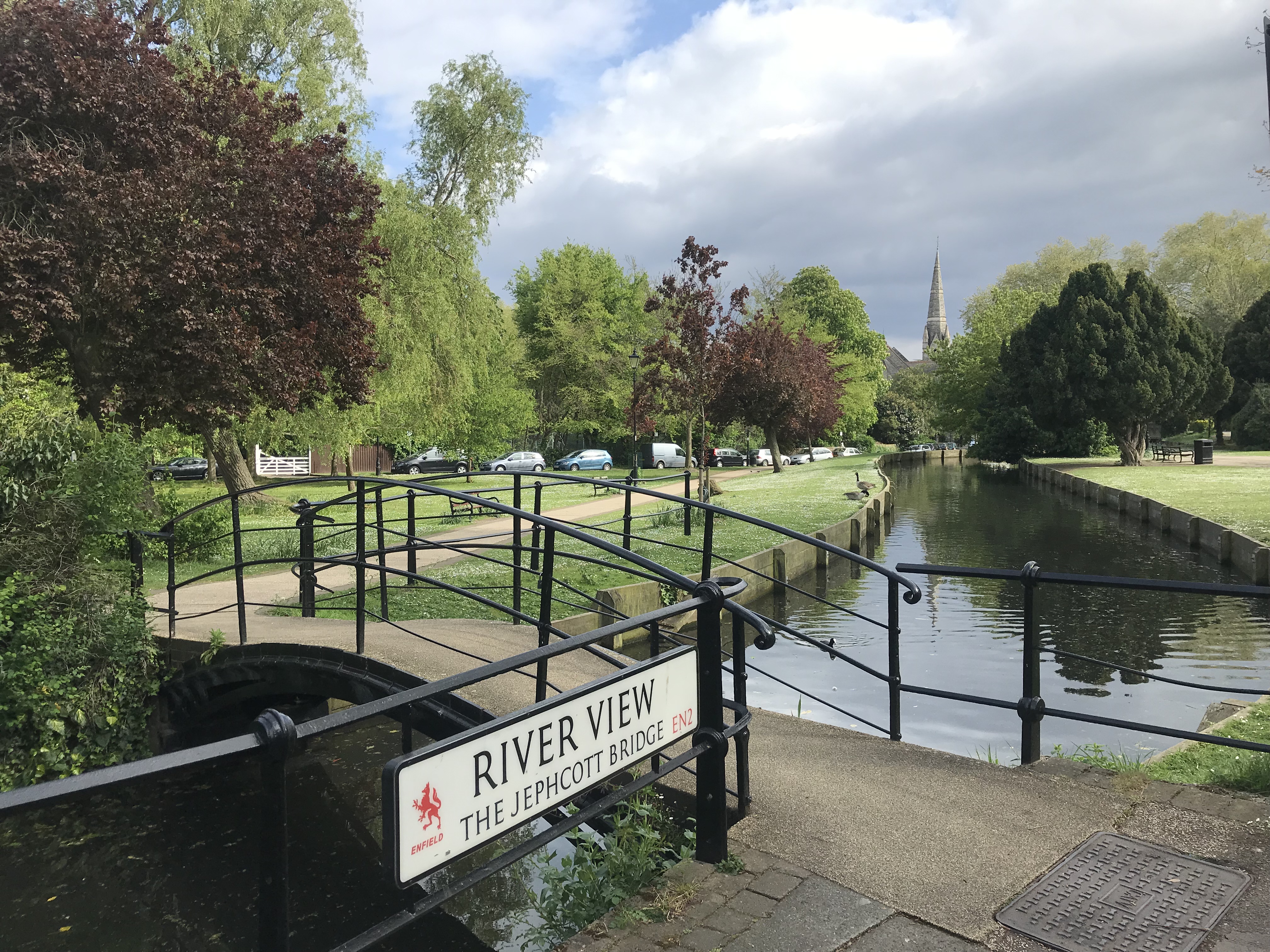 Beginning in Hertfordshire the erroneously named New River runs 32km via Broxbourne and Cheshunt, into London. On its way it traverses the Boroughs of Enfield, Haringey and Hackney before finishing in Islington. The aqueduct was built to follow the natural features of the land, so the route twists and turns, creating a pathway through the London suburbs.

Originally proposed by landowner Edmund Colthurst in 1602, the aqueduct was completed under the purview of Hugh Myddleton, after Colthurst’s funds ran dry. The project required assistance from King James I who purchased half of the venture in shares in 1612, a year before the aqueduct was due to open.

The New River Company was incorporated by Royal Charter in 1619. It remained a private interest until being nationalised in 1904 as part of the Metropolitan Water Board. Under the 1973 Water Act, the Board became part of the newly-formed Thames Water. The New River remains the earliest direct ancestor of Thames Water today.

The aqueduct supplied the majority of water for Londoners until the city’s population grew to over a million. Around 8% of London’s water is still drawn via the New River.

In 1992, Thames Water alongside other stakeholders spent £2 million creating the New River Path. The path allows ramblers to follow the aqueduct from Hertfordshire into the heart of North London.

The New River has not maintained the exact same route since the 1600s. Alterations have been carried out at various points to increase the flow of water; often this has involved straightening out the original route either by installing pipes or redirecting the canals.

Lacking the stamina to undertake the full 28-mile walk, Odd Days Out completed the portion which runs from Enfield to Islington. This route takes you through the suburbs into the heart of the city, via parkland, urban nature reserves and scrubland.

Following the New River Path is not always easy. Parts of the path are closed to the public, forcing walkers to use local roads and footpaths. At other times the New River disappears underground in order to accommodate buildings or transport links built since the 1600s. The accommodation of the path from local authorities and Thames Water varies from section to section.

The undoubted highlight of this route is the New River Walk Garden in Islington which runs between Canonbury Park and St Pauls Road. This is the most developed part of the path, with a fully maintained garden which runs along the small sliver of land either side of the waterway. Those seeking a gentle summer stroll could do worse than seeking out the garden, which offers visitors shade under the canopies of trees from where you can watch the birdlife.