By: ODObill
In: Extraneous Extremities, Historical Footnotes, Kent
With: 0 Comments 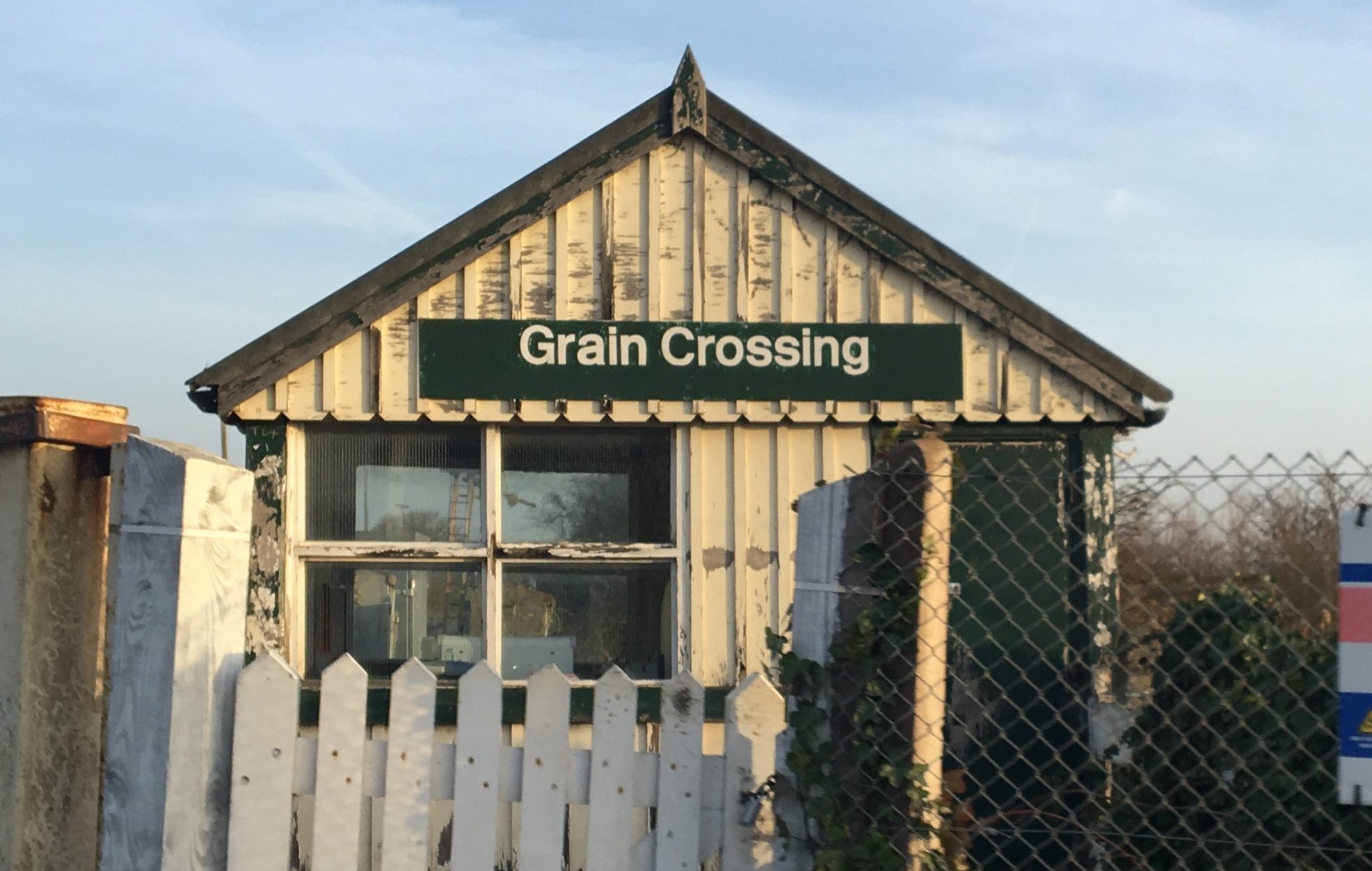 Although only 25 miles outside the M25, the village of Grain has to be the most remote village in Kent, nestled on the county’s northern shore, where the River Medway flows into the Thames Estuary. There is a surprising amount to see and do, reminders of its industrial and military history.  But don’t delay your visit, for out in the murky waters of the Thames Estuary lurks a monstrous and deadly danger.

Grain is at the end of the long Hoo Peninsula in north Kent and there is only one road in and out.  It’s the last stop on the B2001; an eerie route lined with power stations and refineries.  At night, these buildings are lit up, creating a strange vista, akin to something out of Blade Runner.

There is no passenger rail service to Grain, so every working morning a fleet of coaches whisks away many of the town’s inhabitants to work in the Medway Towns and London.  The village boasts a smallish but well-stocked Co-op and one pub, the excellent Hogarth Inn, a beautiful 16th century grade-two listed building.  It stocks a range of real ales and an extensive lunch and dinner menu.

Locals seeking more exotic fare and entertainment must make the 30-mile round trip to the seductive bright lights of Strood with its night clubs and supermarkets.

The surrounding landscape has been marked by 150 years of industry and military use.  As both have begun to move out, nature has returned, and parts of the site have now become important sanctuaries for wildlife.  A former National Grid site on Grain has been left derelict for 25 years and is now said to be one of Britain’s most important wildlife sites for bees, butterflies, beetles and other invertebrates.

What makes the trip to Grain worthwhile though, is parking at the Coastal car park and walking along the sea wall.  Across the Thames, the Essex resort of Southend can be seen sparkling in the sun and just around the bay you can see the big container ships leaving Sheerness.

It was here that Joseph Mallord William Turner is said to have seen HMS Temeraire – one of the heroes of Trafalgar – being towed upstream to be broken up at Rotherhithe in 1838.  Turner immortalised this scene in his great work The Fighting Temeraire, voted Britain’s favourite painting in a BBC poll in 2005.  Turner was drawn to the east and north coasts of Kent where he said  “…the skies over Thanet are the loveliest in all Europe”. The unique quality of light in this part of Kent drew Turner back time and again.

Relics of the area’s strategic military importance abound. The coast is littered with defences from the second-world-war and earlier, protecting the mouth of the Thames.  Grain Fort was built in 1868 as a gun battery to guard the estuary.  Little is left of the fort above ground, but a network of tunnels can be accessed by the more intrepid explorer. Out in the estuary, Grain Tower still stands guard as it has done for over 150 years.  At low tide there is a causeway enabling people to access the fort, but the fast-moving tide makes this especially hazardous and such an adventure should be avoided.

So there is much to do and see in this small remote headland which make for a very pleasant day trip.  But you shouldn’t delay your visit.  Something extremely deadly sits just below the surface of the Estuary, a thing so terrible that some believe it poses a very real threat to this coastline.

The SS Richard Montgomery was a second-world war ammunition ship that sank just off the coast from Grain in August 1944 carrying around 1,400 tonnes of high explosives.  The superstructure of the vessel is still visible at low tide.

The Government claim that the risk of a major explosion is extremely remote.  However, an investigation by New Scientist magazine in 2004 concluded that the wreck’s cargo still represented a deadly threat that could be detonated by a collision, an attack or the movement of the boat in the tide. It also found that the deterioration of the bombs is so severe that they could explode spontaneously, potentially causing one of the most devastating non-nuclear peace-time explosions in history.

So don’t put off your trip to Grain for too much longer.

With no train service the easiest way to get to Grain is by car.  Use the Costal Car Park for a walk along the sea wall.

The 191 bus provides a regular service from Chatham to Grain, a journey which takes a little over an hour.