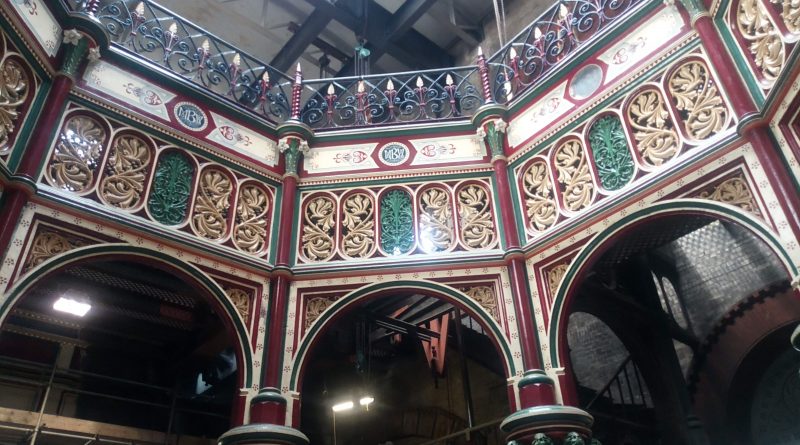 In the long hot summer of 1858, London was at breaking point. Human waste and industrial effluent flowed freely into the River Thames from an inadequate sewer network designed for a much smaller population.

The filthy water led to three major outbreaks of cholera in the capital, killing many hundreds of people.

The smell from the River was so bad that there were calls to move Parliament from its Riverbank location to Oxford or St Albans.

Residents of the riverfront soaked their curtains with lime chloride to dampen the smell. At the height of the stink, between 200 and 250 tons of lime were used near the mouths of the sewers. At low tide, men would be employed to spread lime onto the Thames foreshore.

Reacting to the crisis, a Member of Parliament said: “one of the noblest of rivers has been changed into a cesspool, and I wish to ask whether Her Majesty’s Government intend to take any steps to remedy the evil?”

It was at this point the hero of our tale, Joseph William Bazalgette, Engineer of the Metropolitan board of works, came up with his vision. An idea that would defeat The Great Stink, saving thousands of lives and still serve London to this very day.

Bazalgette masterminded a 1,300 mile long sewer network beneath the streets, collecting waste and transporting it hygienically out to Crossness. Sewage was then released into a deeper and wider section of the Thames, where it flowed into the North Sea.

Bazalgatte recieved a knighthood for his efforts in 1875, and was elected President of the Institution of Civil Engineers in 1883. A blue plaque commemorates Bazalgette at 17 Hamilton Terrace in St John’s Wood. A monument on the riverside of the Victoria Embankment also marks his achievements.

A Cathedral of Sewage

Edward, Prince of Wales formally opened the sewage network and Crossness itself in 1865. The pumping station became known as the “Cathedral of Sewage.”

The opening ceremony was a grand affair, one fit for the majesty of the building and the steam-powered engineering marvels that lay within. It included a large dinner served inside the facility itself. Quite possibly the most lavish meal ever served inside a sewage works.

Restoration and the Super Sewer

With the advent of modern sewage treatment techniques in the 1950s, Crossness became obsolete and began to fall into disrepair. In response, the Crossness Engines Trust was established in 1987.

The trust has been working on restoring the lifting pumps and creating a museum on the site. They have now has restored a pump called The Prince Consort and work on a second is well under way.

The on-site museum contains an amazing amount of information on The Great Stink and the history of London sewage.

There is also a look into the future. A section of the museum focuses on the Thames Tideway Scheme, sometimes called the “super sewer.”

The new super sewer builds on Bazalgette’s network but provides an overflow network. So sewage overflow will no longer flow into the Thames during heavy rain.

When it opens in 2023, it will represent the most drastic change to London’s sewers since Bazalgette’s network opened.

The pumping station is only open for guided tours and on the occasional open day, so make sure you plan ahead. You can find more details here: http://www.crossness.org.uk/.

The open day attended by Odd Days Out featured a steam fair with various complicated engines pumping away across the station. There is also a cafe and a gift shop on-site where visitors can treat themselves to a coffee and a crossness pumping station pin badge.

Getting there and Accessibility

Public transport links are not great. The best way to get there is to catch a train to Abbey Wood and then use the locally provided shuttle bus to the site. Onsite parking is available.

The main museum is step free, but some of the areas around the lifting pumps have steps.